National Fentanyl Prevention and Awareness Day™ is established in remembrance of the loved ones who lost their lives due to illicit fentanyl poisoning and to acknowledge the devastation this drug has brought to hundreds of thousands of affected family members and friends. This coordinated day of response is for fentanyl awareness organizations and affected families to come together sharing their lived experiences as part of a whole group warning and informing our youth, the public and the unsuspecting. This day will be observed on August 21.

Deceptive drugs made of fentanyl are killing young people across America at an alarming rate.

Fentanyl is infiltrating our communities through counterfeit pills, cocaine and any other street drug you can name.

Anonymously sold through social media and delivered within minutes. Learn about it now before it kills you or someone you love.

- A film by Dominic Tierno and Christine Wood.

FACING FENTANYL ™ is a not-for-profit assembly of grassroots illicit fentanyl awareness groups. We are affected families that have built organizations that address the impact of the deadly synthetic opioid fentanyl and the changing drug landscape. Together we warn the public about the dangers of illicit fentanyl. We speak for victims of illicit fentanyl poisoning and have been pleading for a whole government response to address this deadly poison. As the death toll rises and more families grieve, advocates and affected family members are taking initiative to bring forth a NATIONAL FENTANYL PREVENTION AND AWARENESS DAY™. We ask that all of you FACE FENTANYL NOW.

Illicit Fentanyl is 100 times more potent than morphine and 50 times stronger than heroin. There are two types of fentanyl: pharmaceutical fentanyl and illicit fentanyl. This site addresses ILLICIT FENTANYL. Drug cartels make and supply illicit fentanyl either as a standalone substance, as an additive deceptively put into other dangerous street drugs, such as heroin, cocaine, and methamphetamine, or as substitutes for these drugs. Illicit fentanyl is purposely and deceptively added to other drugs because of its extreme potency, making drugs cheaper, more powerful, more addictive, and more dangerous. Illicit fentanyl is found in all street drugs today. Fentanyl has also been identified in counterfeit prescription pills. These fake pills are made to look identical to legitimate prescription pills - such as Oxycontin®, Percocet®, Vicodin®, Adderall®, Xanax® and other medicines-and have been found in every state in the country. Criminal drug networks are harnessing the accessibility of social media and e-commerce to push deadly drugs into American communities and lure youth. Cartels and distributors continue to perfect this poison to distribute, addict, and deceive.

For the first time in our nation's history, over 100,000 Americans have died of drug overdose in a single year 2020-2021. Fentanyl deaths are projected to double in the year ahead. Fentanyl poisoning is now the leading cause of death for adults aged 18-45 in the United States, surpassing suicide, gun violence, and car accidents. Fentanyl related deaths occur approximately every nine minutes. Tracking of deaths and poisonings has been insufficient and we believe the available data to be lower than the actuality of this crisis. Illicit fentanyl is devastating every socioeconomic class. If you think illicit fentanyl cannot touch your family, we urge you to think again.

ONE THING IS FOR SURE, prevention and education is a definite power to help others make educated choices. We are warning the public that illicit fentanyl is prevalent in the United States and can cause sudden death. We simply want to educate about the dangers of illicit fentanyl, inform and reduce victim fatalities.

Illicit Fentanyl educators are using the term poisoning instead of overdose. It is important to understand what illicit fentanyl does to the body, and the stigma surrounding the term "overdose". We move forward with that term on this site. We encourage the AP to do the same. We understand that the term "overdose" will take time to globally change. We encourage you to not let terminology stop you from educating others about the dangers of illicit fentanyl.

WHY AUGUST 21? National Fentanyl Prevention and Awareness Day™ is August 21. The date is chosen not to overshadow the importance of Overdose Awareness Day that falls in the same month, but as a perfect time to bring attention to the differences between "overdose" and poisoning.

Contact us if your organization wants to be involved in bringing attention to the National Day. We will include your organization link to our website. If you are an interested spokesperson, we would love to hear from you and discuss how you can help. 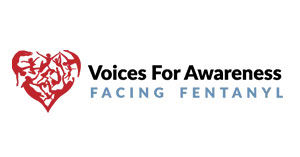 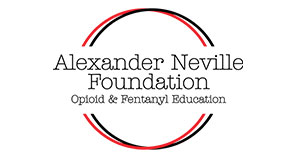 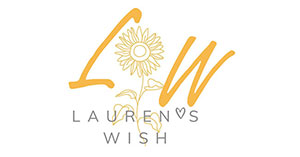